Morgan Moorghen trained in medicine at the Universities of St Andrews and Manchester. His postgraduate training was undertaken in the University department of pathology, Newcastle upon Tyne where he acquired an interest in gastrointestinal pathology and was also an active member of the Newcastle cell-kinetics research group.

Following the completion of his specialist training in histopathology and the submission of his MD thesis on colorectal neoplasia, he took up the post of Consultant Senior Lecturer in pathology at Bristol University in 1991 where he was lead GI histopathologist for 19 years. In Bristol he developed his clinical and research interests in colorectal cancer further, supervised several MSc and PhD students and contributed to numerous publications. During some of that time he also held the positions of clinical director of pathology and head of department of histopathology at the Bristol Royal Infirmary.

For a number of years he was also a major contributor to the undergraduate medical curriculum at Bristol University and played a significant role in modernising the pathology component of the Bristol MB ChB course in the late 1990’s.

He arrived at St Mark’s hospital in October 2010 with the mandate to lead the GI histopathology service and contribute towards the research and teaching activities of St Mark’s academic institute. 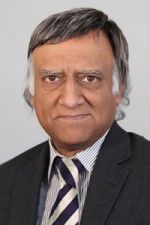